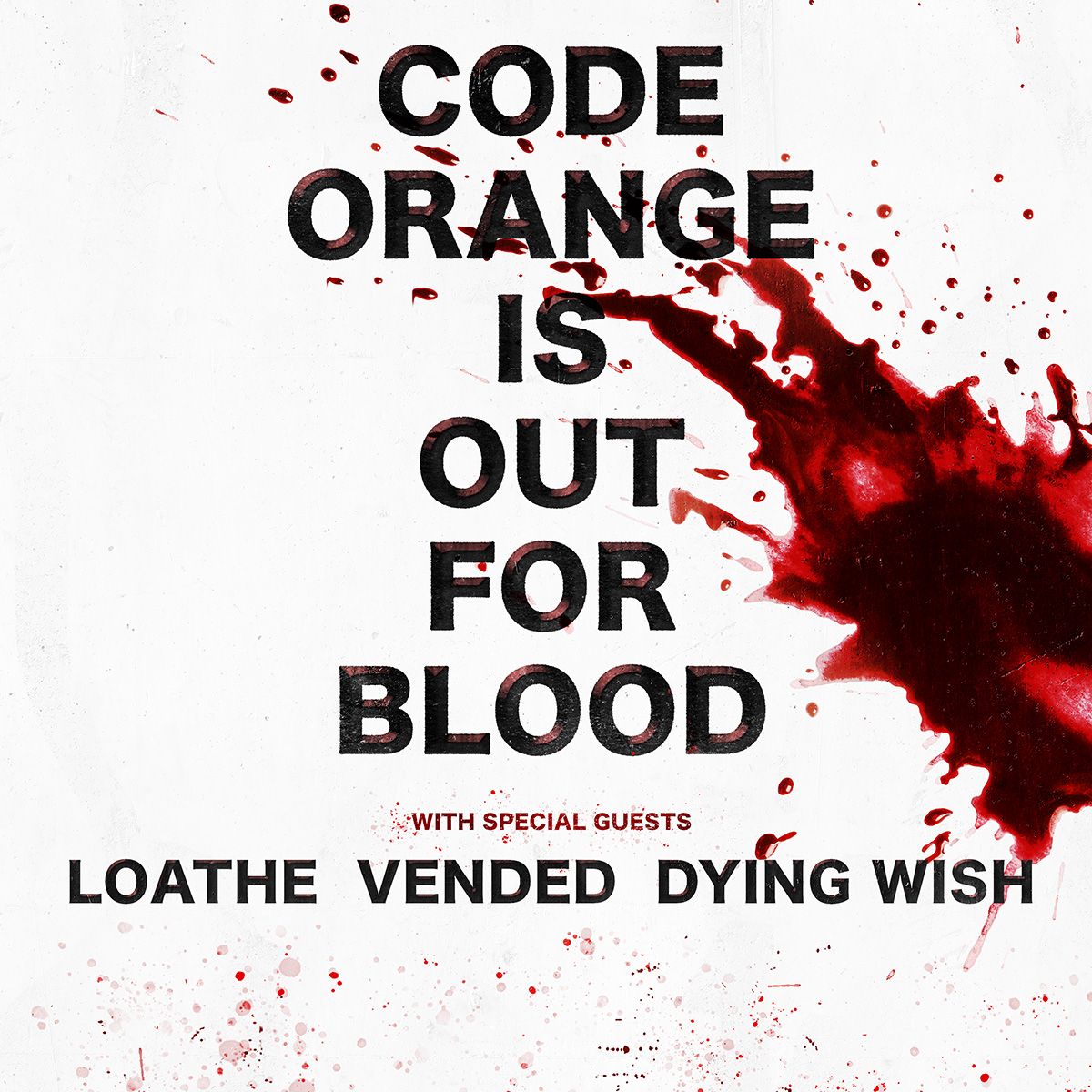 Code Orange’s 2020 album UNDERNEATH represented a creative and critical high mark for the band. It closed out last year on multiple year-end lists. NPR celebrated it among “The 50 Best Albums of 2020” declaring, “UNDERNEATH’’s liquid metal soundtracked a molten catharsis of confusion and rage.” The New York Times named it among the “Best Albums of 2020,” and Billboard touted it as one of “The 25 Best Rock Albums of 2020,” going on to applaud how,“The band’s greatest strength remains that unpredictability.” Landing on “The 25 Best Albums of 2020,” Revolver urged, “You could never question their creative ambition; on UNDERNEATH, those ambitions are fully realized. Stand back in awe.” Consequence of Sound proclaimed it one of the “Top 30 Metal + Hard Rock Albums of 2020.” In its “The 100 Best Albums of 2020,“Noisey put it best, “Fitful and frightening, this album sounds like the dying cry of the modern world.” Furthermore, Code Orange have also garnered a 2021 GRAMMY Award nomination in the category of “Best Metal Performance” for the title track “Underneath.”

UNDERNEATH is available on all streaming platforms, and features the singles – “Swallowing The Rabbit Whole,” “Underneath,” and “Sulfur Surrounding.” In its wake, the band performed multiple unforgettable livestream experiences, including “BACK INSIDE THE GLASS” an all-immersive environmental experience placing Code Orange’s live show at the center of awe-inspiring virtual landscapes. It marked Code Orange’s third groundbreaking livestream of 2020, following their revolutionary empty venue record release show, “LAST ONES LEFT: In Fear of The End,” and “UNDER THE SKIN,” their first-ever stripped down performance, which is available now as a digital album on all streaming platforms. Additionally, Code Orange have continued to reach fans across the globe through their “YOU AND YOU ALONE” livestream series, which features collaborative performances, playthroughs, and in-depth discussions + fan Q&A’s broadcasting regularly on the band’s official Twitch channel.

Produced by Code Orange’s Jami Morgan and Nick Raskulinecz with co-producer Will Yip,UNDERNEATH features additional programming from Chris Vrenna, and was mixed by Yip and Code Orange’s Eric ‘Shade’ Balderose. NPR declared “[it] devours a body of extreme sounds — sludge, noise, metallic hardcore, doom, grunge, industrial and whatever else it takes to make the mosh pit swarm — to make uncompromisingly chaotic metal.” Stereogum detailed UNDERNEATH as “a conceptual piece about online poisoning…” adding, “the experience of hearing it on headphones is akin to getting torn limb from limb by cybernetic terminators,” while the The FADER attested, “Code Orange sound like no other metal band around right now. Underneath is their shot at the stars.” The UK’s Metal Hammer gave UNDERNEATH a perfect 10 out of 10 album review, hailing the LP as “a 1,000 ft neon signpost for the rest of the metal world to follow, the first classic record of the decade.” Kerrang! awarded UNDERNEATH a flawless 5K review declaring the album, “one of the most powerful, cathartic, creatively satisfying and bruisingly heavy records of its age,” with Rolling Stone praising Code Orange’s, “cutting melodies and the group’s balance of industrial rattle and shock-treatment guitar riffs.” Revolver affirmed, “The record is one of the most colossal and best sounding hardcore-adjacent albums of all time.”

Furthermore, Code Orange made headlines in the professional wrestling world earlier last year with their performance of “Underneath” at WWE’s NXT Takeover: In Your House event. Code Orange previously released “Let Me In,” their official entrance theme for WWE Superstar ‘The Fiend’ Bray Wyatt, and featured at WWE’s NXT TakeOver: Brooklyn III performing a rendition of wrestler Aleister Black’s entrance theme alongside Incendiary’s Brendan Garrone.

Comprised of Jami Morgan (Drums / Vocals), Eric ‘Shade’ Balderose (Electronics / Guitar / Vocals), Reba Meyers (Guitar / Vocals), Dominic Landolina (Guitar) and Joe Goldman (Bass), Code Orange flipped the heavy music world on its head with their breakthrough album FOREVER, a collection that masterfully mixed hardcore aggression with urgent industrial textures, earning the band a breakthrough GRAMMY nomination and top placement on several “Best of 2017” lists including: Rolling Stone’s “20 Best Metal Albums of 2017,“Revolver’s “20 Best Albums of 2017,” and The Independent’s “Top 20 Rock & Metal Albums of 2017.” FOREVER was followed by the 2018 release of THE HURT WILL GO ON, a digital EP featuring “3 Knives” and “The Hunt” Feat. Corey Taylor, as well as “The Hurt Will Go On” (Shade Remix), an official remix of Code Orange’s “Hurt Goes On” helmed by the band’s guitarist and vocalist Shade. More recently the Code Orange has collaborated with a wide array of artists, co-producing Injury Reserve’s “HPNGC” Feat. JPEGMAFIA, serving up a pair of remixes for alt-J’s “Hit Me Like That Snare” and “Adeline,” and guesting on Amnesia Scanner’s “AS Flat.”