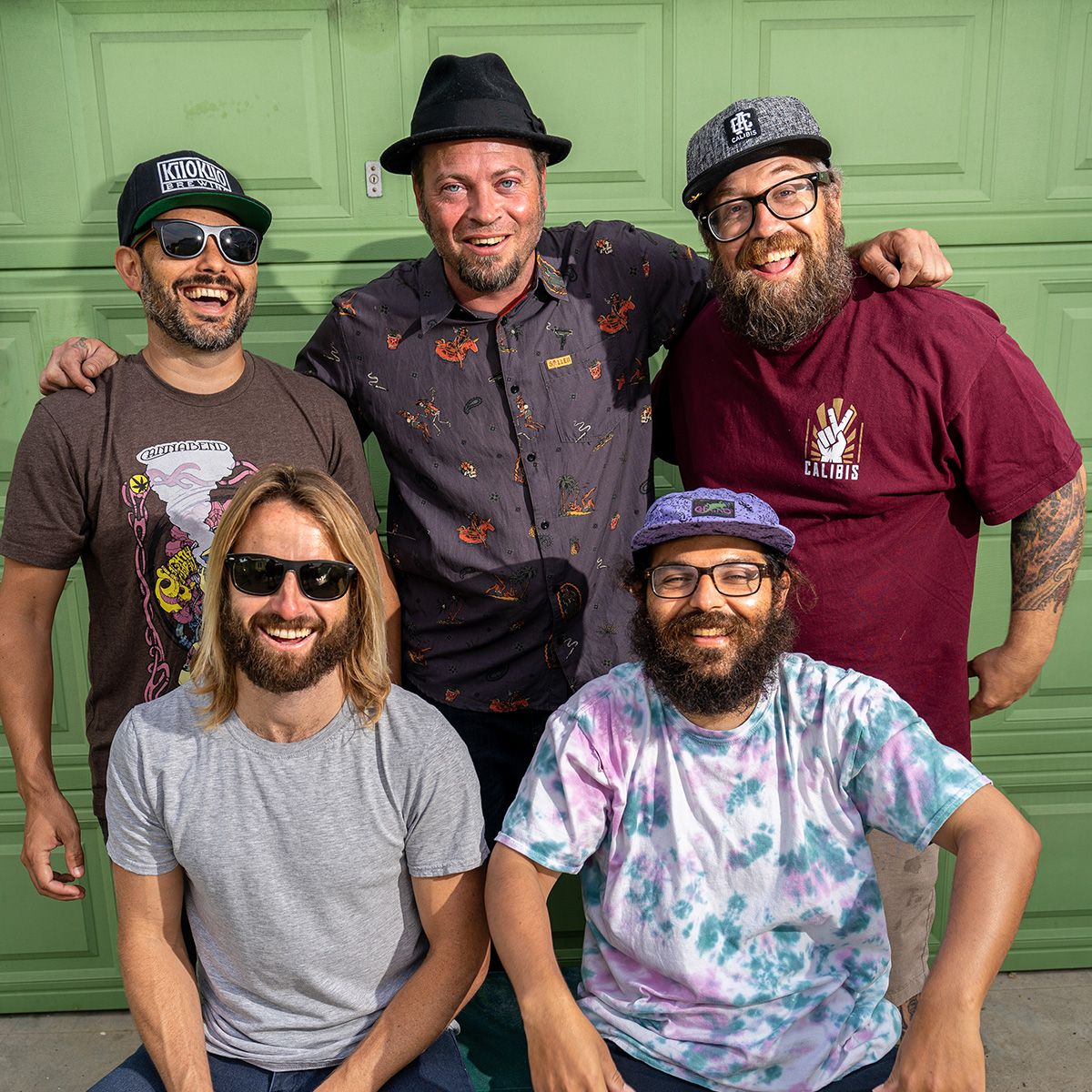 From backyard BBQs in Southern California beach towns to its rise as one of the most popular reggae rock bands in the country, Fortunate Youth remains devoted to its roots and a simple mission: Spread peace, love, and unity with music. It’s a mantra of sorts for the multi-faceted sextet from Hermosa Beach, driving a relentless thirst for live performances and an ever-evolving cache of original material dotted with influences of blues, ska, rock, world, soul, and punk. Dedicated to performing live, the ensemble has logged countless miles across the globe, with F.Y. supporting brethren such as Slightly Stoopid, Stick Figure, and SOJA on major tours as well as continuing to headline national treks of their own; totaling over 27 tours since their inception. And true to their egalitarian ethos of brotherhood, they even swap spots onstage, rotating instruments to best fit the performance. Including the forthcoming album, Fortunate Youth has also catalogued over a dozen releases- ten LPs and EPs, studio and live combined, and several singles- since their 2011 debut, Irie State of Mind; notably, all have been recorded, produced, and distributed, in DIY style, by the self-invested band. All have charted in the Top 5, with three albums hitting #1. . “We’re trying to change the world through the music we write and play, and the lives we live out performing onstage,” says singer Dan Kelly. “We always hope our music can change the outlook of anyone’s day.”

Arise Roots was formed in 2010 with the intent to create a new and unique roots-reggae band which reflects their collective passions. Rising up from the streets of Los Angeles, the band had one goal: create a fresh reggae sound with a modern feel that appeals to all walks of life without compromising the true feel of roots reggae.

The all-star cast of musicians was recruited for their talent and appreciation of classic reggae styles. After a vigorous search, Arise Roots became host to six extremely talented individuals who had already made a name for themselves performing in numerous local reggae bands as well as backing various reggae legends touring through Southern California with veteran Blake Collie holding steady on drums, Rudy Covarrubias towering on bass, and Todd Johnson adding his trademark mix of keys and harmonies, the band had secured a dynamic rhythm section. Chris Brennan was called upon for his impeccable rhythm guitar and soulful backing vocals while lead guitarist Robert Sotelo adds his unmistakable signature style of riffs and licks. Lead vocalist, Karim Israel coming from a lineage of Jamaican vocalists, was added to the group, providing his raw, sultry flow which pairs perfectly with his powerful lyrics.

In 2010, the band released their first EP titled, “Lay Your Guns Down.” They later received recognition with the 2013 release of their first full-length album, “Moving Forward.” In 2014 Arise Roots linked with E.N Young at Imperial Sound Recording Studio to record “Love and War.” In 2016 the popular single “Rootsman Town” featuring Capleton was released independently with a music video that garnered millions of views on YouTube and continues to be one of their more popular songs. In the midst of a worldwide pandemic, Arise Roots released their highly anticipated LP “Pathways” in June of 2020 on Ineffable Records. Touching on everything from social issues to love songs and cementing their place in the reggae scene with their hit single “Come and Get It,” the album was a huge success for the band. The highly praised album features some of the biggest names in reggae such as Kyle McDonald of Slightly Stoopid, Eric Rachmany of Rebelution, Lutan Fyah, Nattali Rize and Turbulence.

As today’s reggae music scene has branched out into multiple sub-genres, Southern California’s Arise Roots has helped keep the ever evolving sound of reggae music grounded with their fresh take on roots music. The true essence of their music is caught in their live performances, so make sure to keep an eye out for Arise Roots coming to a city near you.

Joe Samba (Joe Sambataro) out of Salem, New Hampshire is one of the best kept secrets out of the East Coast. Boasting a vocal range unmatched by peers in the scene, coupled with phenomenal guitar playing and top notch song writing, Joe Samba is well on his way to becoming a household name.

His original blend of upbeat reggae mixed with an energetic pop edge and fusion of soul and funk, is a refreshing and unique approach that places his style in various genres encompassing reggae, ska, rock, alternative and more. Joe has been playing music all of his life fronting various bands over the years. In 2019, his solo project Joe Samba, burst on the scene with the independent release of his debut album The Wrong Impression charted #1 on Billboard’s Reggae Chart. The album garnered support across the country and earned Joe the New England Male Artist of the Year award.​

In March of 2021, Joe signed to LAW Records and released his single “Beef,” capturing the deep-rooted reggae influences coupled with his brand of up-beat feel good reggae, rock and ska. His full length sophomore album “Far From Forever” will be available everywhere on June 17th.