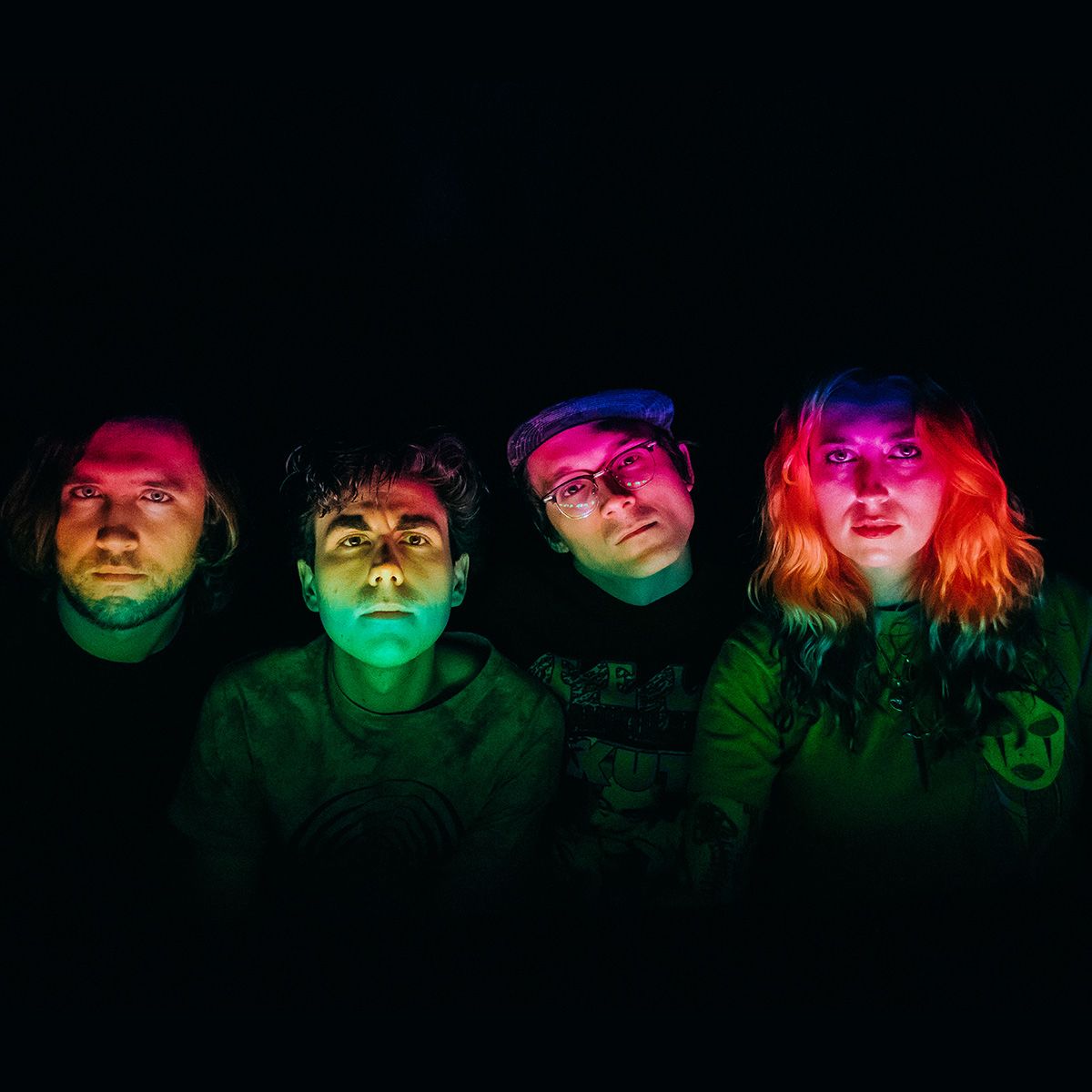 Frankie And The Witch Fingers

If you tune your ears to the cracks in the San Andreas and listen in for the world gurgling grind, you might come close to the tectonic thunder that’s been beaming out of L.A. for the past few years under the banner of Frankie and the Witch Fingers. Hashed and hardened in the Midwest Indy enclave of Bloomington and catching the ear of the Chicago psych contingent with their early singles, the band headed West around the same time that the crew at Permanent put up shop in the Golden State. With records spread across labels like Hypnotic Bridge, Permanent, Greenway, and The Reverberation Appreciation Society, the band has been an ever-evolving force of rhythm-ripped rock ‘n roll pummel ever since. Anchored by songwriters Dylan Sizemore and Josh Menashe, the band has kept a rotating door of friends and collaborators moving through their midst along the way, with each bringing their own particular melt to the mountain of sound the Witch Fingers maintain.

Following the ambitious arc of their opus Monsters Eating People Eating Monsters… the band burrowed further into the street tar grip and pelvic pulse of L.A. rock ‘n roll euphoria with an oil-slick drop-kick of a single — “Cookin’ b/w Tracksuit.” The release accompanied a 5-week U.S. tour that saw the band topping bills at NY’s Bowery Ballroom and gracing the lineups of Levitation in Austin and Shaky Knees Fest in Atlanta. Their time at Levitation also saw the band enter the fest’s revered Sessions series, recording a live LP that culled from the MEPEM and ZAM records heavily. The session found the band holed up for a week at Super X Ranch outside of Joshua Tree, California, finally pressing their stage heat onto a twelve-inch tempest for posterity. The last run oiled the gears for what’s to come, getting them back into their natural habitat up on the stage, steaming under the hot lights and sublimating a heady mix of psych-soul singe into a full-body buzz.

The upcoming year promises a renewed dedication to tour, molding their mayhem in the process into its final form before they enter the studio to scrape the scars off of the road to tape. In anticipation, a new face enters the fray for both the live arena and the gestating new LP. Drummer Nick Aguilar will join now-permanent bassist Nikki Pickle (Death Valley Girls) as the rhythm engine behind the acetylene alchemy of Dylan and Josh. Nick brings a new crunch to the kit, having honed his craft in the San Pedro LBC punk scene before touring as the drummer for Mike Watt. The addition of Nick turns up the tumult, both on stage and in the studio, and his prolific pound will act as a powerful catalyst for the band’s next direction. The new lineup finds the band as potent as ever, and following past stints opening for luminaries like OSEES, Cheap Trick, and ZZ Top, the Witch Fingers have more than proven their heft, now entering a new chapter as heirs of the amp stack kingdom.

While the last record, and an ensuing storm of dates made Frankie and the Witch Fingers a household handle — burning through a barrage of multicolored vinyl pressings and sparring with indie heavyweights for Billboard chart positions — the band returns from the forge of 2020 and the vice of 2021 to make a case for the rapture of the stage once again. Bringing an audience back to the wellspring to connect to these songs on a metaphysical level, the band transforms the stage into a sonic scrub for the soul. With years spent pressure-coating their sound into a diamond-hard hydra of heaviness, the band enters its next phase hungry for the heat of the throng and ready to wrap the Witch Fingers’ grip tighter around the reigns of rock ’n roll.

Hailing from the Great Plains of America, Those Far Out Arrows reject the vacuous slogan of “Nebraska nice” and deliver a bipolar pounding that is equal parts Crazy Horse and first wave punk. High-fiber grits served with a wink and a smile. Lyrics that question the status quo, shouts for answers, declarations of indifference. Realizing that the only thing that matters is bringing the rock and leaving stains.