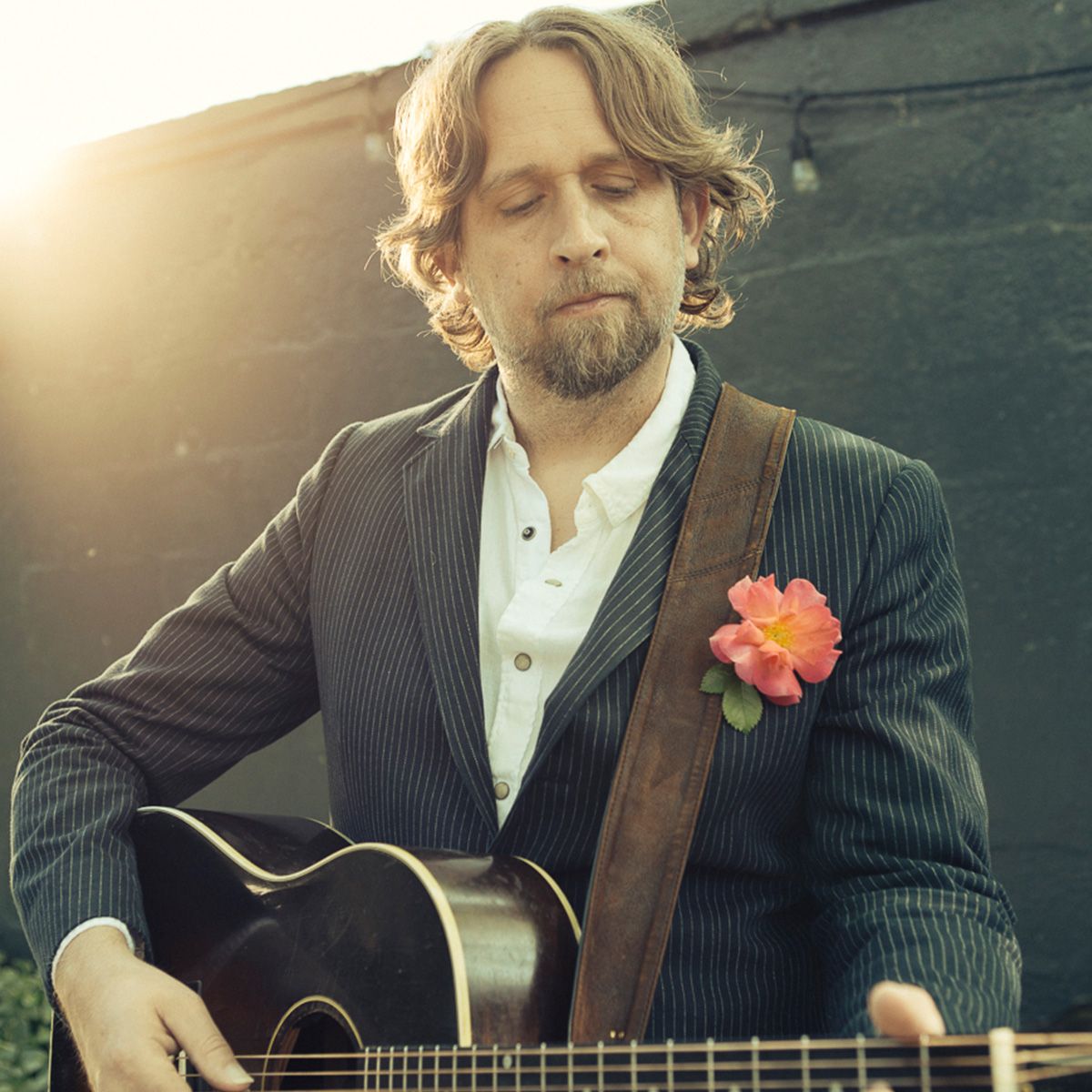 The country simplicity that imbues Hayes Carll’s songs can sometimes hide the social conscience and sharp humor that also runs through them, but if you want to find those things, they are there. In fact, Carll has spent over 20 years having a conversation about what it is we’re all doing here with anyone who will listen. He makes us laugh––but then he makes us cry. We judge a song’s protagonist, only for Carll to spin us around to commiserate with them.

“I like to tug at heartstrings, find commonality with others, reflect on my own life, and sometimes I do it in a lighthearted way,” says Carll. “A lot of musical styles found their way onto this record, but my first and most formative influences came from country music. This is a country singer-songwriter record. It’s just unapologetically me.”

Carll is talking about You Get It All, his eighth album. His voice, rich but worn, has never sounded better. As a songwriter, he is in top form, turning droll confessions, messy relationships, motel room respites, and an exasperated, hitchhiking God into modern nuggets.

The New York Times likened Carll’s ability to undergird humor with a weightier narrative to Bob Dylan. When Carll talks about the sounds that are in his own head, he mentions Randy Travis. That juxtaposition defines the singularity of Carll’s career: He exists in a space of his own, informed by John Prine, Tom Waits, and Dylan but also by Travis, Kenny Rogers, and Hank Williams, Jr.

Those influences may have made him hard to pigeonhole, but he’s still been embraced. Two Americana Music Awards, a Grammy nomination for Best Country Song, and multiple Austin Music Awards line his resumé́. He’s had the most-played record on Americana radio twice. His songs appear on the screen regularly and have been recorded by Kenny Chesney, Lee Ann Womack, and Brothers Osborne, to name a few.

You Get It All was produced by Allison Moorer and guitar legend Kenny Greenberg. Carll credits his partnership with singer, songwriter, and artist Moorer, his wife, as a force that helps both clarify what he wants and challenge self-imposed limits. “She’s a world-class artist who has a way of helping me articulate my vision,” he says.

Opener “Nice Things” layers a laugh-out-loud narrative exposing humanity’s botched stewardship of Earth––and one another––over vintage country cool. In the song written with the Brothers Osborne, God comes down to check on us––and she is not impressed. “It’s social commentary, but it’s not dour,” Carll says. “I hope the song can make people sing along, laugh a bit, and maybe recognize that we can do better.”

The title track is classic Carll—a front-porch singalong with a deeper message for those who want it. Self-deprecating and sweet, the song is an ode to bringing one’s whole self to a relationship––the good and the bad. “I’m at a point in my life where that rings true to me,” says Carll. “What I want, and what I think a lot of people want, is to feel like they’re getting the real thing.”

“Help Me Remember” is a feat of storytelling that tackles an underrepresented topic in art: dementia from the perspective of the patient. “It’s a visual song. To tell this story, we had to put the listener right there,” Carll says. “I was thinking about how scary and sad it is for the person who is suffering from it, and how heartbreaking and frustrating it is for the friends and family going through it with them.”

Among Carll’s co-writers is singer-songwriter Brandy Clark, who helped him pen and perform “In the Mean Time,” a gorgeous, honky-tonk waltz which perfectly depicts the damage couples can inflict on each other when they’re at their worst. The multi-dimensionality of relationships is a thread woven throughout the entire album. “When we’re our weakest or most afraid, real damage can be done to our relationships, as well as our spirits,” says Carll. “You can love somebody, everything can be as good as you could’ve imagined, but when your traumas or fears come out, all that love can disappear in an instant.”

Rollicking through snarling 80s country guitar licks, “To Keep From Being Found” is an escape to a motel room with a TV on wheels, a bath, and line after delectable line. Subdued album closer “If It Was Up to Me” aches through a list of wishes that seem frivolous at first but build into a portrait of pain that’s far more complicated. Written with Moorer and Sean McConnell, it’s a gorgeous example of one of Carll’s favorite artistic devices: leading listeners to underestimate a character with whom they’ll ultimately empathize. “The way humor and sadness can work together is powerful,” he says.

Honest and sometimes subversive, but never mean-spirited, Carll keeps writing sad, funny, compelling songs in which nobody’s perfect or predictable––at least not for long. And he can’t quit wishing we’ll all realize that’s the way anything worth having or being has got to go. “I hope this record helps people feel good, laugh a bit, and maybe give them something to lean on when they need it,” he says. “I hope they dance to it, too.”