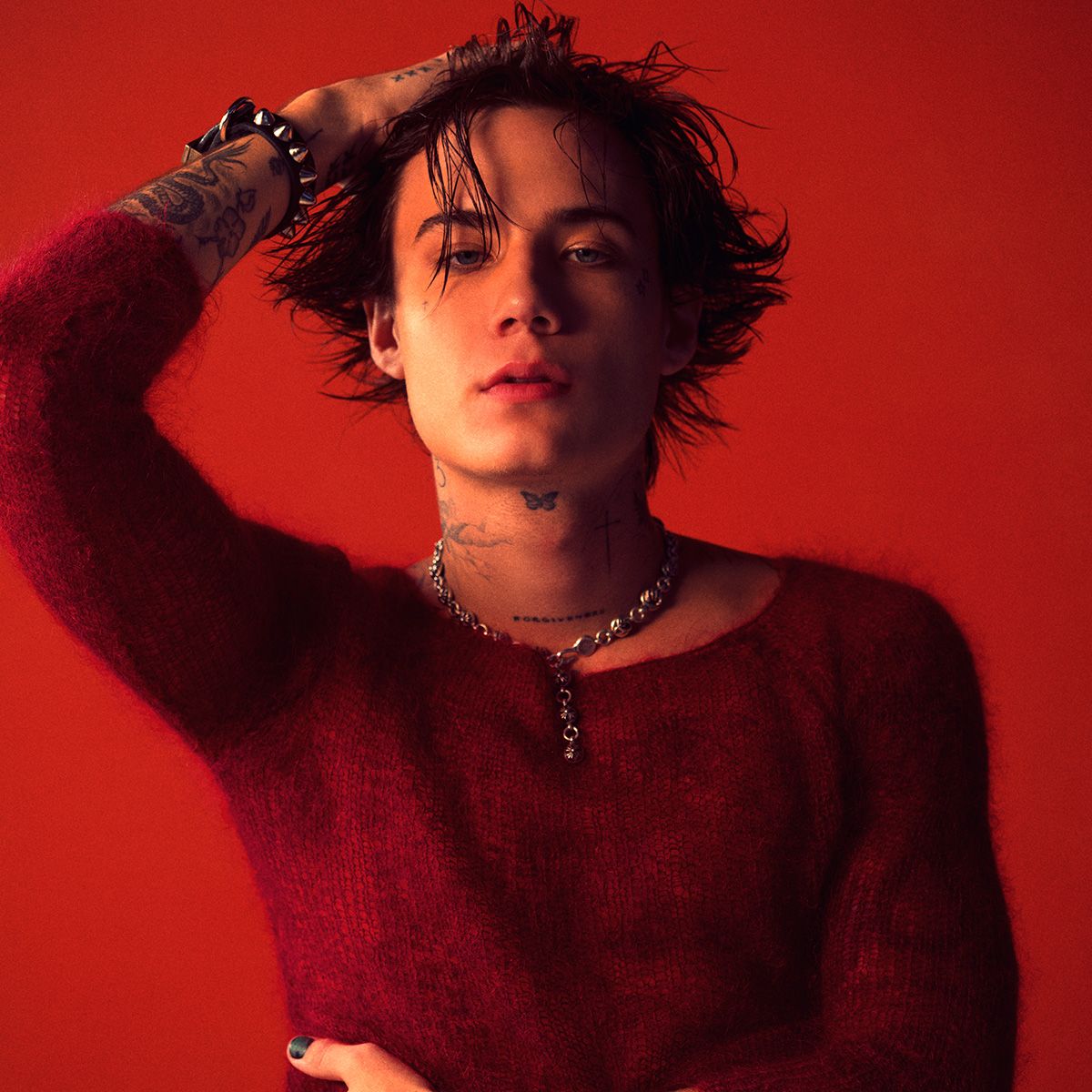 Born in Dallas as Jaden Hossler, jxdn (pronounced jay-den) initially gained prominence on TikTok, parlaying his massive following into a breakout music career. In January 2020, he independently released “Comatose”, which landed on more than 40 global charts. His explosive success quickly garnered the attention of Travis
Barker, who signed him as the first artist on his imprint, DTA Records, a worldwide joint venture with Elektra Music Group. He released his RIAA Gold-certified label debut single “Angels & Demons” in May 2020 followed by “So What!” in July, both of which landed in the Top 10 of Billboard’s Hot Rock & Alternative Song’s Chart; with “So What!” notably peaking at #20 on Alternative Radio. Cementing his rising rockstar status, jxdn debuted at No. 9 on Rolling Stone’s Breakthrough 25 chart, was featured as Billboard’s August 2020 Chartbreaker. In 2021, he joined Machine Gun Kelly as direct support on his sold-out Tickets to My Downfall tour and played inaugural solo sets at festivals like Lollapalooza, Austin City Limits and Firefly Music Festival. Additionally, jxdn has garnered critical acclaim from GRAMMY.com, Entertainment Weekly, MTV News, Alternative Press, NYLON, VMAN, Consequence of Sound, PEOPLE and Forbes, among others. He has performed on Jimmy Kimmel Live! and The Ellen DeGeneres Show and has been nominated for a MTV Video Music Award, MTV EMA and iHeartRadio Music Award. jxdn has been included in Billboard’s 2020 and 2021 annual “21 Under 21” list, and Variety’s 2021 Power of Young Hollywood Music Impact list. jxdn has surpassed 915 million worldwide streams to date and reaches more than 22 million followers across social platforms. His highly anticipated July 2021 debut album Tell Me About Tomorrow – hailed as a record that “both cements [jxdn’s] place in the current pop-punk revival – and shows that he’s only getting started” (NYLON) – and its Deluxe version, released December 2021, are available everywhere now. jxdn embarked on his debut headline TELL ME ABOUT TOMORROW WORLD TOUR across the U.S. in April and May of 2022.