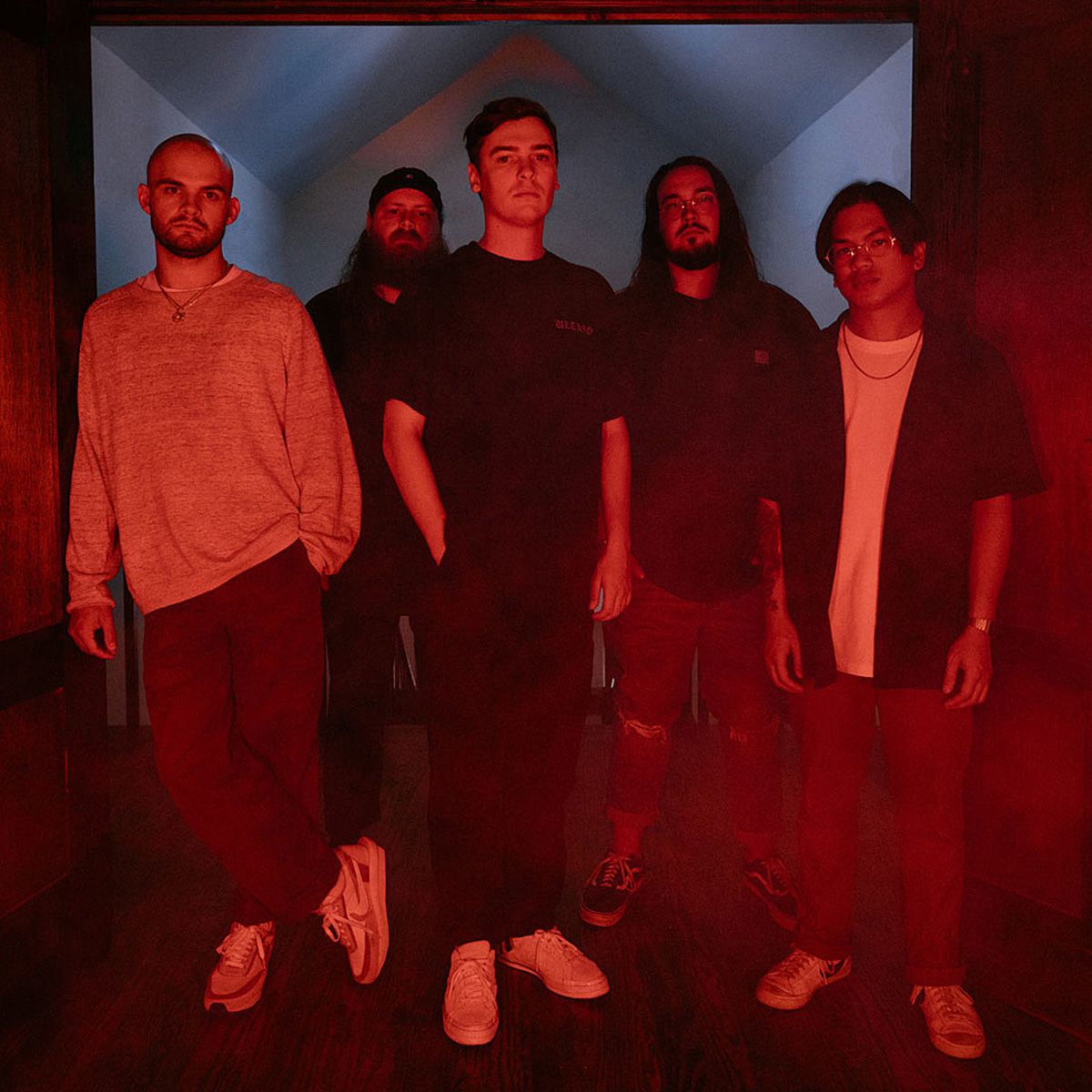 For some it was all of the live energy, for others it may have been the massive sleeper success of their 2016 LP but whatever it may be, Knocked Loose’s arrival in the general public consciousness transcends metal and hardcore and into a new arena entirely.

Due on August 23rd, 2019 via Pure Noise Records, A Different Shade of Blue is the mammoth and hotly anticipated follow-up to their 2016 debut, the head-turning Laugh Tracks. Recorded by producer Will Putney, the new LP was approached slower and more methodically than the band’s last smash effort, abandoning the previous “live in studio” recording approach for something more deliberate. Under Putney’s direction, the band cranked out twelve new tracks that deal with all manner of anger, especially loss in lieu of absence. Vocalist and lyricist Bryan Garris initially felt blocked heading into the studio but eventually found catharsis, as well as some of his most intensely personal lyrics to date.

Forged on musical bonds built at an early age, Knocked Loose came together in the small yet relatively formidable hardcore punk scene of the greater Louisville, KY area– the same that gave birth to bands ranging from Slint to Breather Resist to Endpoint to Coliseum. And though said scene was relatively strong, a lack of available bands, touring parties and scarcity of gigs forced diversity– mixing genres and challenging young ears with new ideas, approaches and styles. That diversity­ – death metal bands mingling with youth crew, screamo on the same bill as Am-Rep-style bands and on and on– created the basis of Knocked Loose musically and the genesis for their approach, an amalgam of heavy influences that never commits to any singular style but maintains a loyalty to the hardcore tradition.

While A Different Shade of Blue reflects the diverse musical influences and backgrounds of Knocked Loose, it also ups the ante. On the new effort, the quintet come harder with a more fine-tuned approach toward songwriting, riffs that would make Trey Azagthoth blush and an added level of vein-bulging fury to tie it into one nasty package. Featuring guest vocals from Emma Boster of Dying Wish and Keith Buckley of Every Time I Die, A Different Shade of Blue is not only a step forward for the band, but for hardcore as we know it. While some musical influences are easily identified–Pantera, Hatebreed, Obituary and more­– the band’s palette and canvas has expanded by leaps and bounds, incorporating Gothenburg-style death metal (At the Gates, early In Flames), slam metal (Devourment, Dying Fetus), blood-thirsty thrash (Sodom, Kreator), black metal (Craft) and the mind-boggling complexity of latter noisy hardcore like Snapcase and Bloodlet. Spanning twelve tracks, including the massive single “Mistakes Like Fractures” which reared its ugly head in April via 7” single, A Different Shade of Blue clocks in at a lean and mean 37 minutes, grabbing the listener by the throat from the jump and slowly tightening that grip for the duration.

Knocked Loose is the obvious evolution to decades of bands like Integrity, Disembodied, Botch and others– total and complete integration between metal and hardcore into a singular, seamless entity. Since its inception, hardcore has evolved from the germ of “Slayer actually has punk parts” to crossover to the addition of everything from death metal to rap to shoegaze. Knocked Loose is the proverbial fish walking on land– the end of the evolution, and possibly the apex of the metallic hardcore punk movement thus far. Ably combining the teeth-clenching hatred of a hardcore band with the unmitigated technicality and ferocity of metal, Knocked Loose have conceived state of the art hatred– a true melting pot of ideas that combines pit-ready riffs, memorable songwriting and deviously clandestine melody into a boiling-over pot of vitriol.

Since 2016’s Laugh Tracks, Knocked Loose, comprised of the young Cole Crutchfield (rhythm guitar), Bryan Garris (vocals), Isaac Hale (lead guitar), Kevin Otten (bass) and Kevin Kaine (drums), have taken a huge leap, moving from upstart hardcore-influenced favorites to bonafide key figures of the genre. Their debut offering was a revelation, taking the world by storm and establishing the band as a major force within metal, hardcore and beyond. Following the well received effort, Knocked Loose hit the road and hard. The band is quick to single out turning point tours such as Warped Tour 2017, a stellar showing at This is Hardcore 2018, headlining gigs over the legendary Terror and Australia/Japan tours as crucial to their growth, and while that may be partially true, the real key component to their success lies beneath all of that– a strong attention to excellent songwriting and a near-undying work ethic.

Knocked Loose have doubly proven their ability to write a cohesive and compelling record, and the band is looking forward to proving themselves yet again at live gigs across the globe, fan by fan. It’s this single-minded, borderline-stubborn attitude to take the songs directly to the people that has driven this band from the get-go.