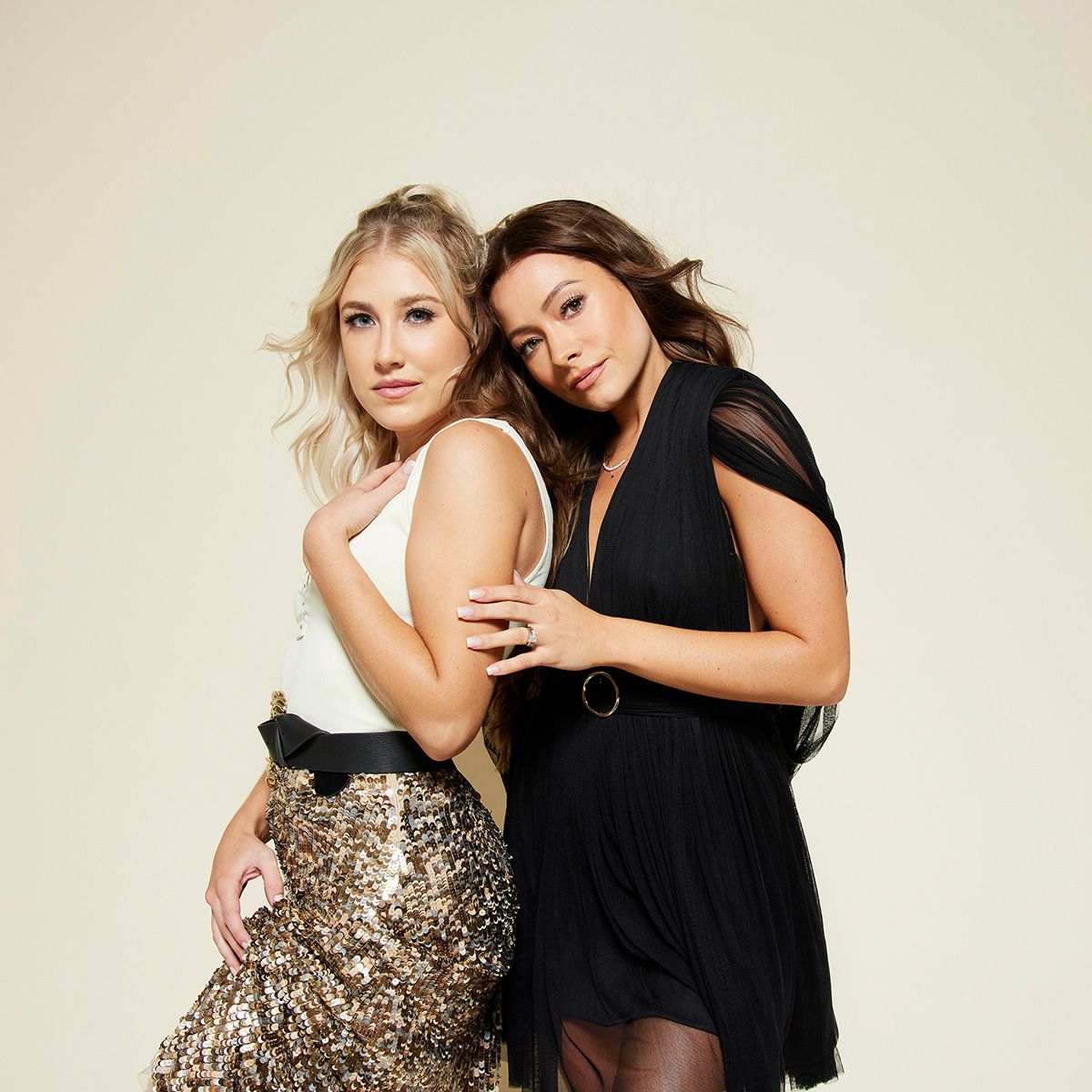 All Songs No Static Tour

Award-winning duo Maddie & Tae are drawing praise for their No. 1 debuting The Way It Feels album release with Rolling Stone saying the new music is “anchored around their stellar vocal pairings and some of the tightest harmonies on Music Row.” Together as longtime friends and music collaborators, Maddie Font and Taylor Kerr co-wrote 14 of the album’s 15 tracks including the Platinum-certified No. 1 country radio hit, “Die From A Broken Heart,” which Esquire calls “their finest moment yet.” The pair also co-wrote two brand new holiday songs to join a collection of classics for their first ever holiday project- We Need Christmas.

Maddie & Tae first broke out in 2013 with their brilliant counter to bro-country, the Platinum-selling smash, “Girl In A Country Song,” which took Country radio by storm, skyrocketing to the top of the charts and quickly going PLATINUM. The duo became only the third female duo in 70 years to top the Country Airplay charts, also earning trophies from the Country Music Academy and Radio Disney Music Awards along with multiple ACM, CMA and CMT Award nominations. Maddie & Tae have received widespread praise from Associated Press, Billboard, Entertainment Weekly, NPR, The Tennessean, The Washington Post, Glamour and others. The celebrated duo has toured with country music’s hottest stars including Carrie Underwood, Dierks Bentley, Brad Paisley and more.

Warner Music Nashville singer/songwriter Patrick Murphy was born with a musical state of mind. The Perham, Minnesota native began honing his piano skills at the ripe age of three, going on to play in front of his first audiences at the local church. The chapel turned into restaurants as Murphy added singing to his craft, developing a style influenced by the likes of Billy Joel, Elton John, Journey and more. Now, two decades after first sitting down at the piano bench, the 23-year-old has discovered his own sound. Self-described as Rascal Flatts and Dan + Shay meet The Script and Andy Grammer, Murphy is set to strike a chord with listeners. The past several years have already seen massive career milestones for the young Nashville-based musician, from landing his first publishing and major label record deals to opening for artists such as Maren Morris, Kane Brown, Kip Moore, Chris Janson and more. This is just the beginning as Murphy readies to share with the world his melodic soul.