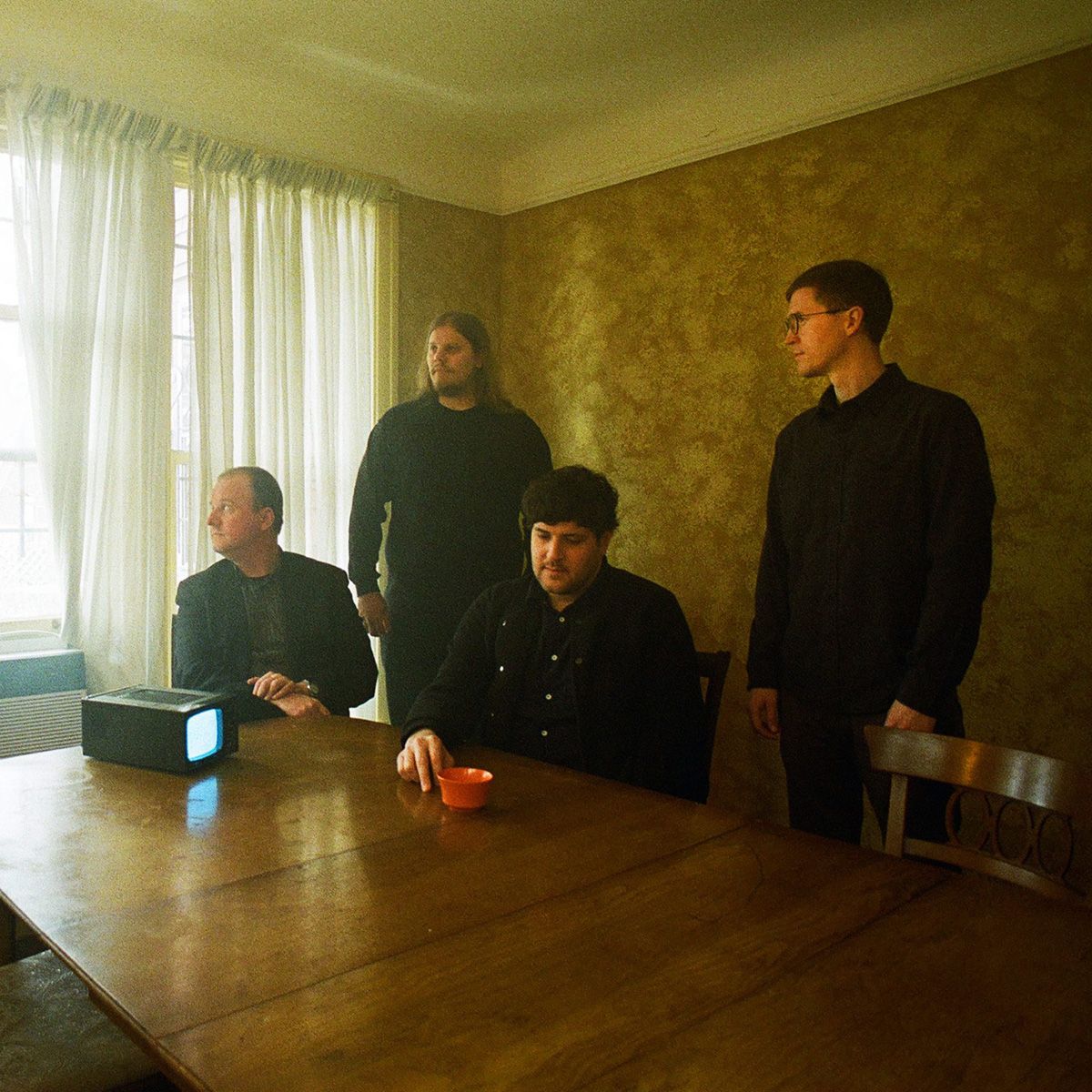 There is darkness in the poetry of Ultimate Success Today, Protomartyr’s fifth album. The theme of things ending, above all human existence, is present and reminiscent of Cormac McCarthy’s ‘The Road’.

‘Day Without End’, the first song, sets the tone for the whole album. “This is the dawning of the day without end when fear steps into light”. The music here sounds delicate, airy and at the same time carried by an insistent, light, metallic drum part by Alex Leonard and a punctuating bass line by Scott Davidson.

There are exquisite, subtle gifts from other instruments that always heighten the guitar, instead of fighting with it. They help to create a harmonious wall of sound all of its own. This was intentional. Greg Ahee wanted to use different textures other than pedals, and the drone quality of some of those instruments colours the guitar and the whole sound with a warm, rich in reverb, yet all-consuming landscape for Joe Casey’s voice.

The album was recorded in a late 19th century church Dreamland Recording Studios in upstate New York, which still has its original high arched ceilings, creating a natural and eerie reverb. Protomartyr co-produced these songs with David Tolomei, who thought they would capture the essence of the place. The quality of sound enhances the idea of disappearance, of dissolving away through the high ceiling. Sometimes it brings us back to life and “Everybody’s hunted with a smile being processed by the boys”. And it sounds like “a riot in the streets”.

The musicians that joined the band for these recordings are Jemeel Moondoc (Alto Sax), Izaak Mills (bass clarinet, sax, flute), Fred Lonberg-Holm (cello) and Nandi Rose (vocals). They were encouraged to bring in ideas of their own, making this a collaborative and open work. These wind and string instruments add richness to every song. Greg Ahee was inspired by Bennie Maupin’s ‘Jewel in the Lotus’ and by how everything moves harmoniously, in togetherness. Being open and together could make us stronger for “When the ending comes is it gonna run at us like a wild-eyed animal”. In ‘I Am You Now’ there is a section where the drums keep it grounded, the bass melodic, a beautiful drone of guitar, cello and sax, that sounds suspended, until everything comes crashing again, followed by a sustained guitar chord for every line.

Ultimate Success Today moves like a river, with waves of sound that are quiet, loud, empty, full, but flowing together and shaping itself around the words. The songs flow from ‘Day Without End’ to the final song ‘Worm in Heaven’, “I was here I was or never was”, one to the next with no silence, just the dying of a sound or recordings from the woods/world outside the studio.

Our world has reached a point that makes us afraid: fires, floods, earthquakes, hunger, war, intolerance…There are cries of despair. Is there hope? Greed is the sickness that puts life in danger – “a floating shadow of a hand across my heart”.

“I wish you well, I do may you find peace in this world”. Ana da Silva