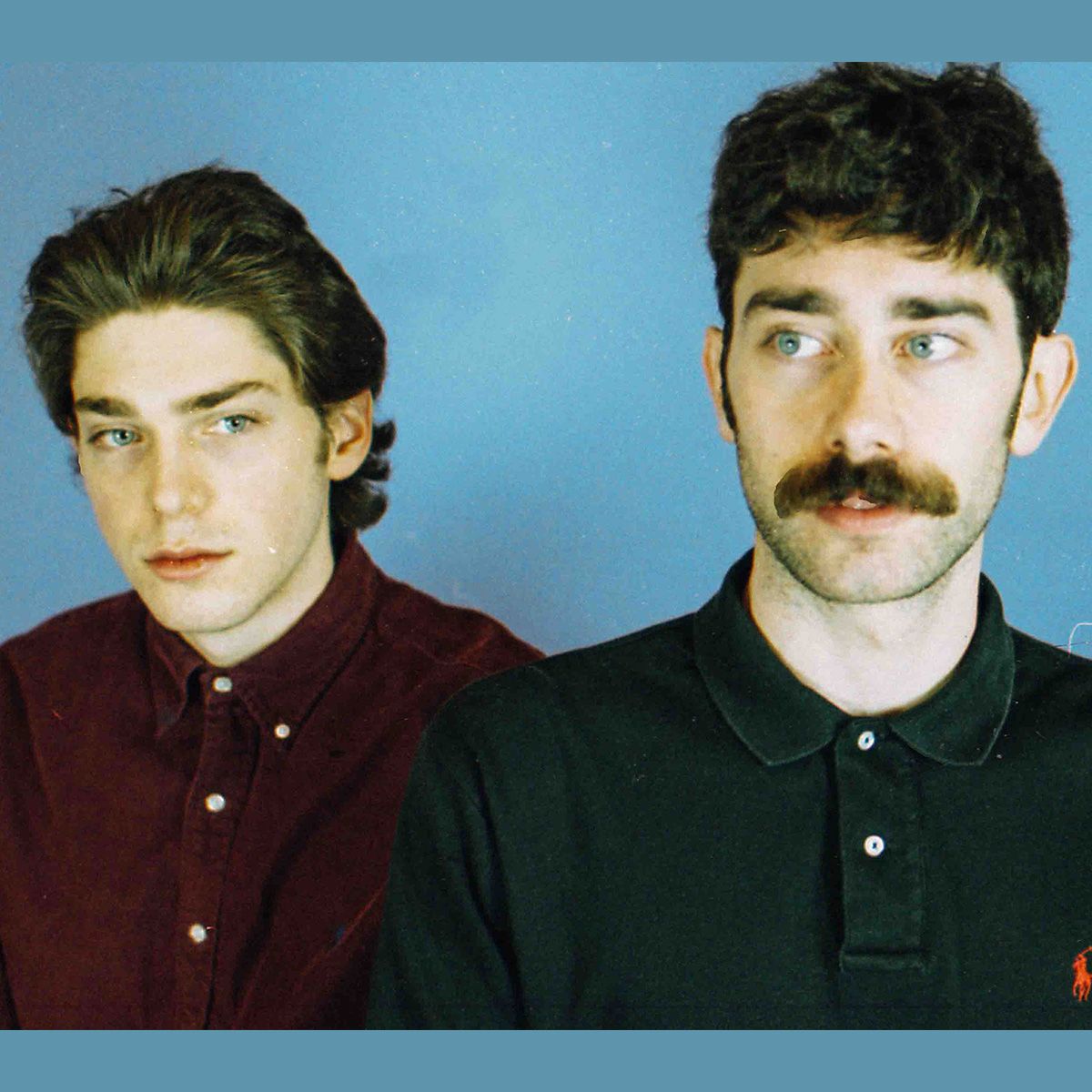 Per Artist request, entry to this event will require proof of a completed (14 days after final dose) COVID-19 vaccination -OR- proof of a negative COVID-19 test taken in the previous 48 hours. Proof of vaccination may be in the form of the completed CDC card or a digital image of the card, along with a matching photo ID. Proof of a negative test may be printed or digital and must originate from a clinic or pharmacy (i.e. no “at home” tests), and be presented along with a matching photo ID.

For a list of FREE vaccination clinics or FREE testing options, visit www.douglascountyhealth.com.

A slice of tremolo-heavy classic rock filtered through the lens of the gunslinging American West, REMO DRIVE’s third LP, A PORTRAIT OF AN UGLY MAN, is in many ways a return to form for the Minnesota-based indie-rock duo. The album, with its acrobatic guitar work, deeply self-referential lyrics and off-the-walls energy, calls back to the dextrous, eccentric sound that helped the band – brothers Erik (vocals, guitar) and Stephen (bass) Paulson – explode into the underground with their debut album, 2017’s Greatest Hits. And, like the band’s earliest material, it took shape in an equally unassuming place: their parents’ basement.

When the Paulsons stumbled across a Tascam recording desk on Facebook Marketplace in 2019, they thought it might make a nice starting point to demo songs for their then-forthcoming third LP. But $250 and a few weeks later, they found themselves fully entrenched in making the actual album itself. Not only that, but the safety and security of their parents’ home provided a welcome respite for the brothers, who have learned they’re most creative without a ticking clock and prying eyes peeking over their shoulders.

“Our workflow is naturally different from what most producers and studios like to do,” Erik explains. “We take things in our own weird approach and order. There’s a sense of privacy working at home. It doesn’t feel like you’re working with the door open during the incubation process.”

The resulting album, due out June 26 on Epitaph, finds the band truly in their element – both physically and sonically. Whereas the Paulsons filtered their buoyant songwriting through the concise lens of storytellers like Bruce Springsteen and The Killers on Natural, Everyday Degradation, A Portrait of an Ugly Man is more spontaneous, bolstered by the same charm and levity that made Greatest Hits such an underground favorite.

“I wanted to get back to playing guitar the way I used to, and then throw songwriting on top of that,” Erik says. “On the last album, I approached playing guitar in a more songwriter-y way. I had really scaled it back so it wouldn’t be as hard for me to sing and play simultaneously, but the guitar is way more forward again now.”

Self-produced and mixed by the duo, A Portrait of an Ugly Man feels all at once familiar and fresh: The basement breathed a looseness into songs like “If I’ve Ever Looked Too Deep In Thought” and “Ode to Joy,” while the freedom of the sessions left the band able to explore the next evolution of their sound.

As such, the 10-song set tips its hat to both the classic rock the brothers grew up on as well as previously untapped influences: Erik namechecks desert-rock artists like Queens of the Stone Age while admitting The Good, The Bad and The Ugly soundtrack and his binge-watching of old Westerns contributed to the album’s tumbleweed pastiche. But this time around, the guiding hands of their musical influences is less overt, a conscious decision the band address on album standout “Star Worship,” which preaches the need to eschew reverence for others and instead trust in yourself.

That unflinching sense of self-awareness is what made Remo Drive so endearing as they found their footing in the mid-2010s, but it’s never been as crystalized as it is on A Portrait of an Ugly Man. The loathsomeness Paulson explores on the album certainly reflect less glamorous aspects of both his psyche and that of others, but when they’re cut with his quick wit and self-deprecation, they seem less like an actual indictment and more of an embrace of all of life’s imperfection and absurdity.

“I was bumming myself out by trying to be more serious than I actually am,” Erik admits. “On this album, I wanted to write stuff that still communicated real ideas but had a bit of lighthearted, fun energy to it.”

In turning the mirror back at themselves in this way, Remo Drive have learned a lot about who they really are: A Portrait of an Ugly Man is an album that doesn’t seek to minimize important subjects like mental health or self-worth, but rather welcome them in and accept them as part of what it means to be human. The record also cements their place as an insular, self-sustaining act who don’t need shiny gear or expensive studios to produce a great album – that task starts and ends with the songs themselves. And, as it turns out, the recording process was proof that when it comes to a nurturing, creative environment, there’s no place like home.

“We’d been gone so much with touring that our parents were so excited to have us home,” Erik says. “They’d always come downstairs to hear what we were working on. They’re always used to us practicing, but seeing more of each other was really nice.”

“Plus,” he adds with a laugh, “there’s always some food in the fridge.”

Attending college in Nashville, TN in 2015, Scott Hermo never really pictured himself as a full-time musician when writing and recording songs in various bedrooms. There was no plan, direction or goal. Yet meeting friends John Lewandowski, Tiger Adams, and Noah Miller changed all of that when the songs started to take more form with energy and live drums. Suddenly, there was a live band and like-minded folks with a similar outlook and collective goal to make the best music possible, for no one but themselves. Before ever even playing a show, they finished their debut album in yet another bedroom.

After word of mouth spread, a band was formed so they could play the shows they were offered — and with that came a love for playing shows, meeting musicians, digesting more bands, and perfecting their craft. Over the next few years, John, Tiger, Noah + countless others moved on, but Scott kept the band going with a rotating cast of over 20 musicians — always friends — who were available and shared the love of the music. And in that rotating cast, Scott met Emma Willer who became a permanent addition to the band, with major contributions to their self titled and first release, Goose Bumps, released November 17th 2015.

Fast forward 4 years and over 100 shows and Goose Bumps has garnered millions of streams, countless sold out DIY physical pressings, all from a self-released record by a small group of friends trying to figure out their place in the world, writing some incredible tunes in the process. Boyscott is currently wrapping up the recording to their follow-up release to Goose Bumps, out 2022.

Another Michael’s new single New Music offers a taste of what’s to come from the Philadelphia-based indie band. T h e t h r e e p i e c e — m a d e u p o f m u l t I – instrumentalists Michael Doherty, Alenni Davis, and Nick Sebastiano—began making waves wittheir early EPs, 2016’s Sans an 2018’s Land, enticing listeners with a
wide-reaching blend of tuneful indie pop, homespun R&B, a n d d r e amy f o l k . F o l l o w i n g t h e r e c o r d i n g of Land, they collectively relocated from Albany, NY to a shared house in West Philadelphia. The communal move served as a testament to the group’s growing friendship and belief in eac other on a personal level, as well as on a musical level. The band’s extraordina musical chemistry and desire to push their songwriting to new heights is o full display with “New Music” which build from a spare, fingerpicked intro
to a sweeping, vibrant finale. Doherty’s mesmerizing vocals guide the listener through a reflection on the simple  joy of falling in love with a song, offering an ideal entry point into Another Michael’s world. On the single’s B-side “Boring For The Times” the band effortlessl combine hazy bedroom pop charm with a silky R&B hook. At just over five minutes, the two new tracks hint at the  breadth of sounds, styles, and emotion that Another Michael have brought together for their upcoming debut full length—luckily, listeners won’t have to wait long to hear more from the exciting up and coming band.