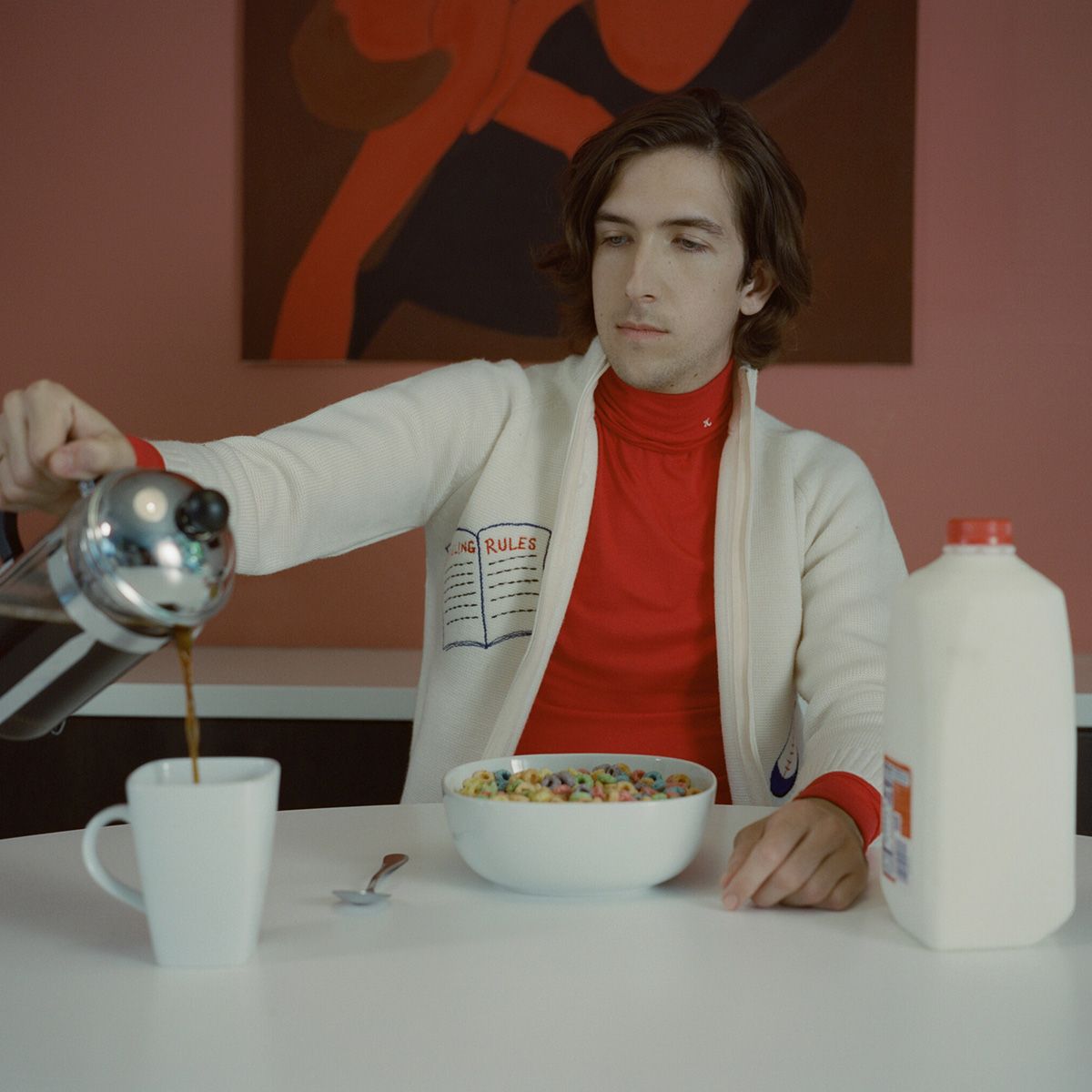 VIP Meet & Greet includes:
– One (1) GA ticket to the show with Early Entry at 6pm
– One (1) Picture with Ricky Montgomery
– One (1) exclusive merch item
– Early access to merch table

VIP Early Entry includes:
– One (1) GA ticket to the show with Early Entry at 6:30pm
– One (1) exclusive merch item
– Early access to the merch table

Ricky Montgomery’s music was ahead of its time — literally. Four years after the release of his debut album, and a decade after he wrote some of it, the Los Angeles native’s indie-pop has been a balm in the midst of a heavy time, comforting listeners with warm melodies and relatable lyrics. It all started in July of 2020, when a pair of singles from 2016’s Montgomery Ricky — the gently swaying “Mr Loverman” and string-soaked stunner “Line Without a Hook” — took off on TikTok. “I think because we had a really traumatizing year, these songs kind of found a moment,” Montgomery says. “Because they’re all, in their own way, about traumas in my life.”

Now, with a fan base that’s all caught up, Montgomery is sitting on a trove of new music built on this now-familiar foundation: “Mr. Loverman” pairs intense family strife with soft acoustic strums that build to a rousing sing-along chorus; “Line Without a Hook” rocks a bit heavier, with strings and power-pop riffs weaving around cathartic one-liners that speak to the jumble that is one’s coming of age. He balances melancholy with a touch of sweet humor and loads of humanity. It’s no wonder these songs have racked up more than 210M streams so far, landing simultaneously on the Spotify 200 and Spotify Viral 50 charts — a feat few artists can claim — with over 50 entries worldwide. As of early 2021, Montgomery’s catalog was picking up 15M global streams weekly.

Montgomery began honing his singing and songwriting chops at age 14, shortly after moving from L.A. to Missouri. To flee the culture shock, he went underground, literally, shuffling through various bands in the suburban basements of West St. Louis County. “Music was just an escape from everything,” he says. “It was a way to go into myself and figure out how to have fun on my own.” In college, he found the fun he was looking for — and his first viral audience — on the now-defunct Vine platform, interspersing comedic bits with intimate music performances.

But in the summer of 2014, he released his debut EP, Caught on the Moon, and found himself climbing iTunes’ Rock and Alternative charts. His yearning to move back to the West Coast was palpable in those songs, and he knows it. “At the time, I defined my personality around wanting to leave Missouri,” he admits. “It was almost obsessive for me.” The success gave him the excuse. He dropped out, hightailed it to his hometown, and released Montgomery Ricky.

Of course, music careers in L.A. are rarely so simple. When things didn’t exactly take off, Montgomery swerved into The Honeysticks, a side project with a childhood friend meant to be an outlet for experimentation. In 2018, he took a year off of music. And by the summer of 2020, he was considering quitting entirely. Then the seemingly impossible — yet somehow inevitable — happened: Suddenly people were finding solace in his songs. Now, he’s using that momentum to prepare for the release of new music on Warner Records. While the songs will certainly be updated, Montgomery’s sincere songwriting will continue to shine through. “I just want to create something that can feel as special for other people as it is to me,” he says.