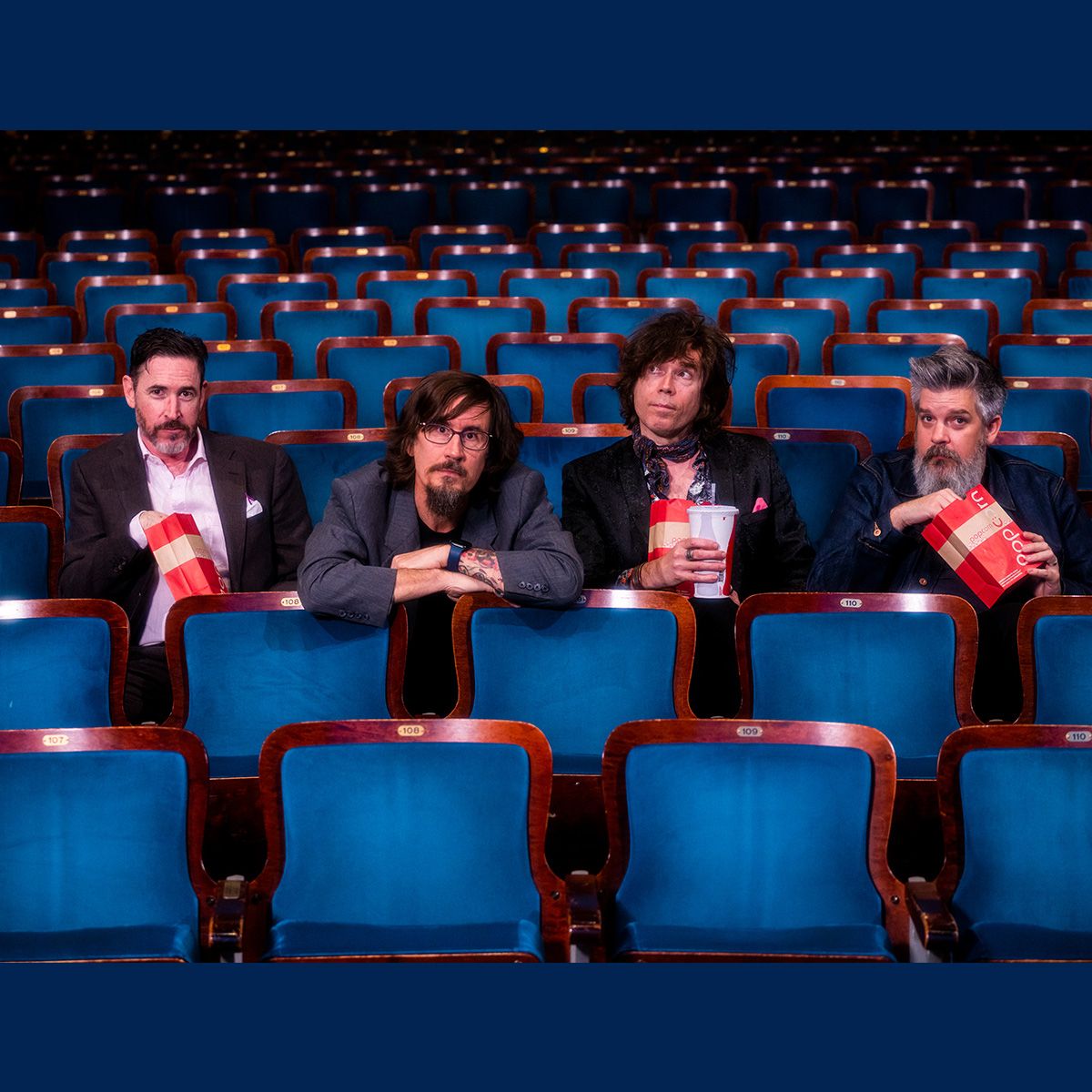 Maybe you are just like John Darnielle: In the depths of the pandemic winter at the end of 2020, the Mountain Goats frontman passed the time trapped at home in North Carolina watching pulpy action movies, finding comfort in familiar tropes and sofabound escapism. But you are not really like John Darnielle, unless the action movies you found comfort in included French thrillers like 2008’s Mesrine, vintage Italian poliziotteschi, or the 1974 Donald Pleasence mad-scientist vehicle The Freakmaker. Or unless watching them brought you back to your formative days as an artist, when watching films fueled and soundtracked your songwriting jags and bare-bones home recordings and in turn inspired your 20th album to be a song cycle about the allure—and futility—of vengeance. But there’s no shame in not being like John Darnielle; few people are.

“On earlier tapes you’ll find these sound samples,” Darnielle says. “‘Oh, where’s this sample from?’ It’s from whatever movie I was watching while I was sitting around on the couch with a guitar. I watch a movie, somebody’d say something that I like the sound of and I’ll write that phrase down. And then I would pause the VHS, write the song, record the song on a boombox, and go back to watching my movie. I got into doing that again; I just kept watching action movies and taking notes on what they’re about and on what the governing plots and tropes and styles are. It was very much like an immersion method acting technique.”

Just as Getting Into Knives and Dark in Here—recorded in Memphis and Muscle Shoals, respectively, in the first two weeks of March 2020, just before such a thing would become impossible—were heavily informed and influenced by their historic settings, Bleed Out is all pent-up energy and explosion, executed by a bunch of friends who were mainly happy to be in a room together making loud noises. In January 2021, just weeks after Darnielle had started writing, his bandmates Peter Hughes, Matt Douglas, and Jon Wurster joined him at a studio in the woods near his home in Chapel Hill. Everything was finished inside a week.

“We often make a record and then bring in some guests who flesh out the textures,” Darnielle says. “And for this one, it was very much like a pack mentality. That sort of seemed to proceed from the songs.” One new face was that of Bully’s Alicia Bognanno, recommended to Darnielle by his manager as a producer who could help nurture the rougher-edged sound these songs requested. “We met up and hit it off. She’s a great guitarist. It was kind of just a lark, to see what would happen, and it was totally great.”

That abandon is on full display from the opening track, “Training Montage,” which lovingly documents the getting-ready-for-battle scene in any action movie regardless of provenance and loudly declares its intentions: “I’m doing this for revenge.” This and the next song, “Mark on You,” were the first two Darnielle wrote, and they set the tone for everything that follows on Bleed Out.

Running narrative themes are not new to Mountain Goats projects, especially in recent years, be it the pro wrestlers of 2015’s Beat the Champ or the goths of 2017’s Goths. Darnielle was drawn to the antiheroes of the hard-boiled action flicks he was bingeing, particularly the ways in which their quests for justice were almost all inevitably doomed.

“In these movies and elsewhere, it’s such a dearly held trope, when in fact, I don’t think anybody really exacts much revenge in this life at all,” he says. “Because we all know that revenge is bullshit, right? The Greeks knew this. It’s never a zero-sum game. And yet the idea is so delicious, you can’t get enough of it. It’s more of a grail—because you can’t have it, it starts to seem really appealing. That’s why you want to get revenge, because you know you’re never going to get revenge.”

Bleed Out could be all one movie, from the opening training montage to the demise in the elegiac closing title track. Songs like “Make You Suffer,” “First Blood,” “Hostages,” and “Need More Bandages” do what they say on the tin, telling typically vivid, deliberately recognizable vignettes of desperate characters in no-win situations who plan on taking as many people down with them as they have to. But Darnielle sees these as unconnected stories that feel universal in their desire for justice, if not in their wanton bloodshed. Anthems don’t get more straightforward or anthem-y than “Wage Wars Get Rich Die Handsome,” tapping into an anger that’s easy to reach in 2022, even if the solutions aren’t.

Few people think as much, or as well, about violence and its portrayal as John Darnielle. His recent bestselling novel Devil House (his third) is all about the relationship between tragedy and entertainment, though he is careful to downplay any parallels to Bleed Out beyond a natural attraction to terrible things as a coping mechanism.

“That’s what catharsis is,” he says. “When you are able to experience something that is frightening to you but you don’t have to be harmed by it—that experience is really valuable. I think we’re reflecting on the nature of what we consume and of what it says about us.”

From their earliest self-released EPs to 2021’s Cast-Iron Pansexual—the album that earned praise from Rolling Stone and American Songwriter for its examination of faith, sexual identity, and self-acceptance—Adeem the Artist has continued to build a following by blending Appalachian musical influences and poetic flair with a healthy dose of comedic instinct.

Adeem’s twang-studded gospel represents a worldview too often excluded from modern country music, one that converts shame into celebration. It turns out, folks like the sound of embracing the parts of ourselves we’re told to bury—so much so that when Adeem turned to fans to support the follow-up album to Cast-Iron Pansexual, thousands obliged. Dubbing it a “redneck fundraiser,” the seventh-generation Carolinian raised the money to release White Trash Revelry by asking for one dollar at a time through social media.

White Trash Revelry delivers, tempering Adeem’s beloved comedic sensibilities with vulnerable moments and highly specific personal details. Tender strings and clear vocals on “Middle of a Heart” give way to nuanced storytelling about small-town rites of passage and mixed messages about love, violence, and honor. And “Heritage of Arrogance” tackles larger societal issues, struggling to reconcile open-minded intentions with the deeply flawed and historical narratives too often peddled by white Southerners. But the album’s namesake revelry is around every corner, too.

“They play country songs in heaven, but in hell we play ‘em loud,” they sing on the standout single “Going to Hell.” Regardless of your thoughts on the afterlife, Adeem sings with an easy-going charisma that makes it easy to want to follow them—to heaven, to hell, or to some raucous, welcoming party in between.