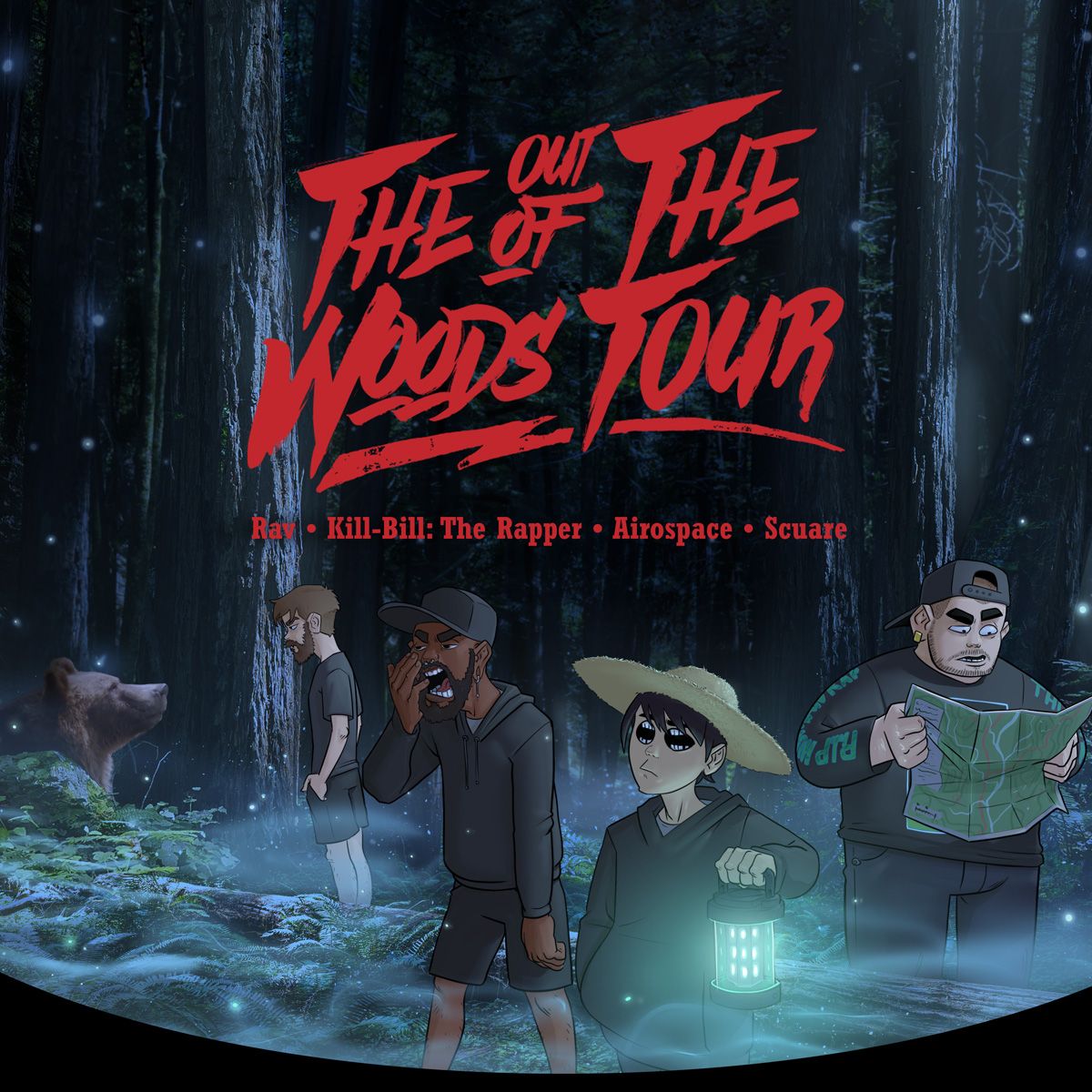 The Out Of The Woods Tour

exociety began in 2013 (with Airospace joining in 2018). They would go on to carve their own lane independent of labels and industry insiders, garnering an impressive, grassroots, rabid cult following through releasing several cultclassic mixtapes and albums online for free download. Combining over 200 million streams, and countless sold out merch runs, members of exociety have been featured on Leafly, Anthony Fantano’s TheNeedleDrop, Vibe, and Pigeons and Planes, as well as numerous other online publications, and have collaborated with the likes of Open Mike Eagle, Ant of Atmosphere fame, Potsu (producer of XXXTentacion’s megahit Jocelyn Flores), and MegaRan, to name a few. And now, exociety is gearing up for a 28 city national tour in spring of 2022. In the lead up to the tour, they’re releasing their first full length group project, Deception Falls, as well as a documentary that captures the recording process of their debut group release.

Deception Falls, the collective’s first collaborative effort, highlights exociety’s journey through depression, impostor syndrome and finding self-worth through creative outlets. The album’s mix of smooth and warm production, paired with its hard hitting bangers, paints a gorgeous backdrop that gives each member room to shine in their own unique way that is sure to leave an impression. exociety excels in tackling complex and abstract topics, while still placing them in a relatable frame, and Deception Falls is a shining example of the four emcees flexing this muscle. Recorded over the span of two weeks in a remote cabin deep in the forests of Washington, Deception Falls follows rappers Rav, Kill Bill: The Rapper, Scuare and Airospace on their continued mental health voyage.