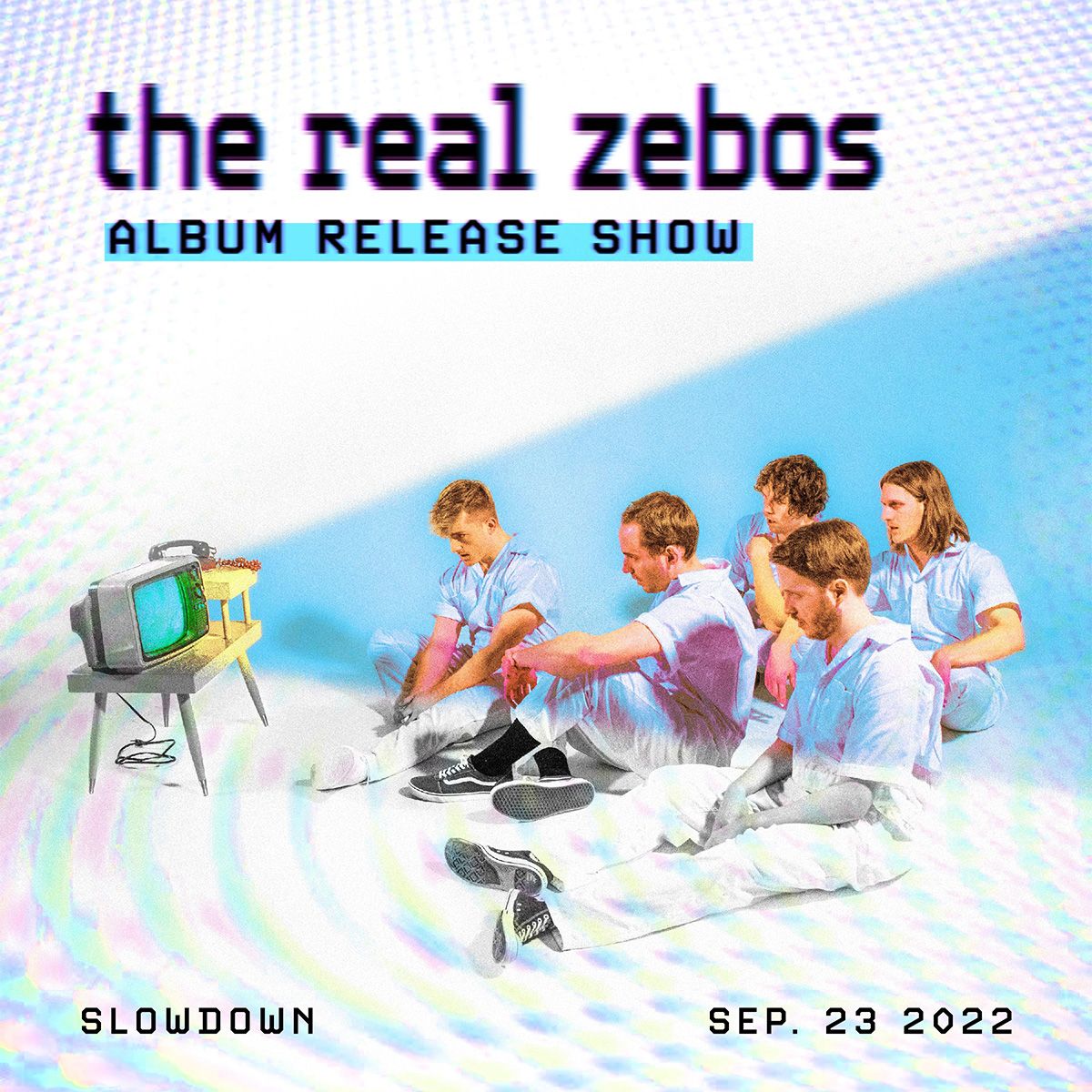 The Real Zebos began as a dorm room project between co-founders/songwriters/frontmen Connor Brandt and Jordan Gaul after meeting on Craigslist in late 2014.

After nearly three years of releasing demos online to an audience of virtually nobody, The Real Zebos filled out their lineup to become a real band and begin playing live shows in January of 2018. The band hit the studio later that year to bring their demos to life. The result is the debut album “Strictly Platonic” – a nod to their Craigslist roots – which earned an “Album of the Year” nomination in the upcoming Omaha Entertainment and Arts Awards.

You can find this five-piece (guitarist Jake Strange, bassist George Cooper, drummer Logan Swander) performing in Omaha and throughout the Midwest, winning over crowds with a combination of sugary hooks, strobe lights, and razor-sharp jawlines.

Come see why this band is being called, “Wait, you guys are like, actually good.”

Public Figure is a High-Energy, Omaha-Local Band who will make you lose your voices with our catchy choruses and exhaust you from all the jumping, moshing, and dancing you will do at our shows.
No… Seriously…
Hydrate before you come to our show. We don’t want you passing out.